WASHINGTON/DETROIT — The fuel economy of new U.S. cars and trucks hit a record 24.7 miles per gallon in the 2016 model year, a government report said, even as some automakers had to buy credits to meet federal requirements.

Fuel economy rose by just 0.1 mile per gallon in 2016 and was projected in the 2017 model year to hit another record of 25.2 mpg, the U.S. Environmental Protection Agency said in a report.

Regulators have been considering whether to revise fuel efficiency requirements. Last March, President Donald Trump ordered a review of tough U.S. vehicle fuel-efficiency standards put in place by the Obama administration, but states like California have pushed back against this decision.

Low oil prices have encouraged Americans to shift away from smaller passenger cars to trucks and SUVs. This has led automakers to worry that rising fuel efficiency requirements through 2025 may be too stringent, but environmentalists say automakers must make vehicles more efficient.

Dan Becker, director of the Safe Climate Campaign, said in a statement that the 2016 fuel economy improvement fell well short of the 1 mile per gallon that the Obama-era rules called for.

The automakers “have the technology to improve mileage,” Becker said. “The standards need to be strengthened, not weakened.”

The report said that after running surpluses in meeting greenhouse gas emission limits, automakers ran a 9 gram per mile deficit. The EPA said all major automakers still comply with the standards, with some using credits banked from prior years to meet the requirements.

Two automakers — Volvo and Jaguar Land Rover — have emission deficits, but they have three years to come into compliance.

A Jaguar Land Rover spokesman said the automaker would work to improve fuel economy and reduce standards through engine downsizing and use of lighter materials.

Fiat Chrysler Automobiles NV had the biggest deficit, falling 28 grams per mile short. But the company had credits banked to meet the requirements.

The company purchased nearly 2.5 million megagrams of emissions credits in 2016 from Tesla, the EPA said. A megagram is equal to 1,000 kilograms and is calculated on emissions saved over legal requirements.

The government does not disclose how much automakers pay for credits. Since 2010, Fiat Chrysler has purchased 22 million megagrams of credits from other automakers, including nearly 6 million from Tesla.

Mazda led the industry in average fuel economy at 29.6 mpg in 2016, but Honda is projected to surpass Mazda as the leader in 2017.

“We are confident that our future engineering developments on internal combustion engines … will reinforce our leadership position as the fuel economy champion,” Mazda said in a statement.

Hyundai came second overall for both 2016 and 2017 and said its performance provides “consumers with confidence that the industry can achieve fuel efficiency gains without compromising vehicle appeal, value, customer satisfaction or performance.”

Detroit’s Big Three automakers — including General Motors and Ford — had the least fuel-efficient fleets overall. They sell a larger share than their foreign rivals do of pickup trucks and SUVs, which generate much larger profit margins than passenger cars.

A GM spokesman said that despite the market shift away from passenger cars, the company’s fuel economy was improving, in part because of rising miles per gallon among trucks and SUVs, coupled with sales of electric vehicles.

Fiat Chrysler technically had the worst record, but the EPA said data for that automaker and Volkswagen AG were preliminary pending completion of investigations and corrective actions.

VW has struggled to draw a line under its diesel emissions test cheating scandal, which broke in the United States in 2015 and which has cost the automaker as much as $30 billion.

The EPA report measures real world fuel economy, which is less than the values listed on new vehicle window stickers. 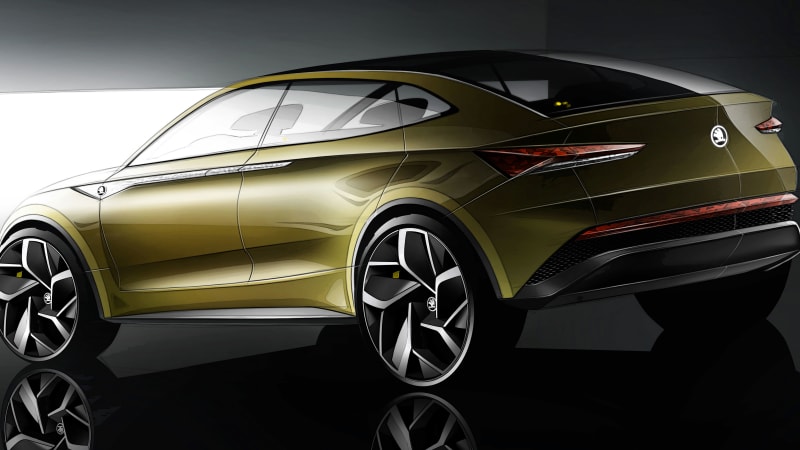 Comments: Comments Off on Skoda's next concept is a 300-mile electric SUV
x

10 hours ago by Mark Kane

What exactly will happen in 2020 to stop the long-term trend of falling prices one might ask?

Well, according to Lee Ki-sang, the key ingredients are expected to become more expensive.

“Not a single ingredient is going in a positive direction in terms of pricing,”

“So far battery prices have been declining at a rapid pace, but the pace will moderate significantly or maintain the status quo by 2020.”

If the ingredients (like nickel, cobalt and lithium) cost more, then all the weight of progress will fall on technology.

Because batteries are the most expensive part of most plug-in electric cars, then affordability will be tougher to achieve.

Interestingly, Volkswagen is looking to secure long-term supplies of cobalt, but so far hasn’t had any progress in that regard.

“In September, Reuters reported that Volkswagen was moving to secure long-term supplies of cobalt for the group’s electric vehicle plans, but its talks with cobalt producers in November ended without a supply deal.”